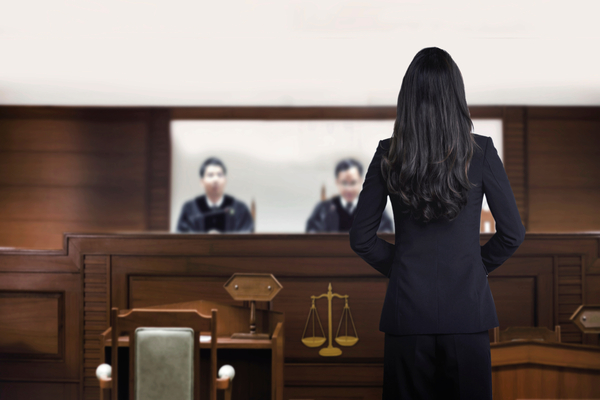 “It’s not so bad,” you think to yourself as you copy and paste a chunk of text from somebody else’s article into your own. “I’m only using a little bit of the article. Plus, nobody will ever know I took it from somewhere else.”

Except somebody does notice.

Now you’ve put your business in jeopardy for what could be a massive financial penalty. If you’re lucky, you’ll get away with a Digital Millennium Copyright Act (DMCA) takedown request telling you to remove the offending piece. But if the original copyright holder wants to take things further, they could take you all the way to the supreme court.

Your business may receive fines numbering into the six figures for each offense, especially if the courts decide you broke copyright law.

Maybe you think that taking somebody else’s original work isn’t such a bad thing, even if it’s only a little bit. Or you don’t fully understand U.S. copyright law and fair use rules. Whatever the case, these cautionary tales of copyright infringement should make you think twice before you infringe on somebody else’s copyright.

The first Star Wars film came out in 1977, creating a new wave of interest in the sci-fi genre. It inspired many imitators and similar genre programming, including the Battlestar Galactica TV series.

20th Century Fox claimed in their lawsuit against Universal that Battlestar Galactica took too much from the Star Wars universe and could not be considered its own thing. Particular points of contention included a character named Skylar, which Fox thought was too close to Skywalker, the film’s original title, Star Worlds, and even the trails that the lasers in Battlestar Galactica gave out, which Fox felt were too similar to those in Star Wars.

All told, Fox believed Universal was trying to use 34 distinct ideas from Star Wars in their new film.

Universal didn’t take kindly to the copyright lawsuit. Instead of backing down, the company filed its own suit against Fox, alleging that Star Wars stole the idea of robot drones from its 1972 film Silent Running.

The case was messy from the outset. However, the parties agreed on a settlement out of court after two years of legal wrangling. Unfortunately, Battlestar Galactica had already been canceled by that point, partly because of how long the case took. The world was already waiting for The Empire Strikes Back, and it would be almost 30 years before Battlestar Galactica found its way to screens.

The lesson is that even a potential copyright infringement can be highly damaging to a business. In Universal’s case, having distinct similarities led to a long and costly legal case.

If you’ve read the Invincible comic books or watched the first season of the animated TV series, you know it pulls no punches. The books offer a brutal deconstruction of classic superhero story tropes, making it an interesting counterpoint to the many traditional Marvel and DC films we’ve seen in recent years.

However, Invincible also gives us an example of how complicated copyright law can get. An ongoing case between the comic’s writer, Robert Kirkman, and the colorist of the first 50 issues, William Crabtree, raises some interesting questions about joint ownership of a copyright.

Crabtree alleges that his work as a colorist on Invincible gives him co-creator rights with Kirkman, which means he should have a say in what happens to the series and how he benefits from it. Kirkman had him sign a contract that would supposedly make it easier to license the comic while protecting Crabtree’s rights. More interestingly, Crabtree also claims they had an oral agreement to give Crabtree a portion of the TV series’ revenue.

Instead, the contract characterized Crabtree’s contributions to the comic series as “work for hire.” When Kirkman licensed Invincible to Amazon Studios for a TV series, Crabtree was not part of the negotiation.

Crabtree now argues that their oral agreement entitles him to 20% of the profits generated by every single issue of the comic and 10% of the revenue generated by the TV series. Kirkman denies this claim, stating that Crabtree never had joint ownership of the copyright and any payments made to him before the claim were discretionary bonuses.

The case is ongoing at the time of writing, meaning there’s no definitive outcome. But the case is worth highlighting because it raises some interesting questions about joint copyright ownership and its application. The key here is that having an agreement to receive a share of a copyrighted work’s revenue is not the same as having joint ownership of the copyright.

As such, it’s possible that Crabtree is not a joint owner of Invincible. However, even that is complicated. Crabtree argues that his coloring work is inseparable from the story work that Kirkman contributed to the series. You can’t have one without the other, meaning he should be able to claim joint ownership. Kirkman’s counter to this is that Crabtree worked for hire and that another colorist could have done the same job with no negative consequences on the work.

It’s a complicated case that may be in limbo for quite some time.

But what it teaches us is that it’s vital to never assume anything when it comes to copyright. Contracts are necessary if your business embarks on a joint project with another party. These contracts must define how the copyright and revenue are shared, ensuring no confusion if the created work becomes popular. On the other hand, you should always be proactive when protecting your own copyright rights and never trust that others will have your best interests in mind on copyright ownership.

In 2008, a street artist named Shephard Fairey created the iconic “Hope” poster to represent then-candidate Barack Obama’s presidential campaign. The poster became iconic, turning into a symbol that achieved memetic status online. Though it was independent of Obama’s campaign, the poster also met with the future president’s approval.

But there was a problem.

The poster was not an entirely original work. It was based on a photograph taken by a freelancer, Mannie Garcia, which the Associated Press (AP) claimed was their copyrighted material.

The AP argued that using Garcia’s photograph in the poster infringed on the copyright it held over the photo. They lodged a copyright claim stating they were due a portion of the poster’s revenue because of its use of AP-copyrighted material.

For his part, Fairey claimed that he was protected from any copyright claims under the principle of fair use.

Fair use protects creators that use other people’s work in certain circumstances, such as when they provide something of additional value or add insightful commentary to the existing work. Fairey argued that the unique coloring of the photo, coupled with the large HOPE slogan at the bottom, had a transformative effect on the photo.

Fairey also claimed that Garcia’s photo may never have reached the level of exposure it had achieved thanks to his poster.

This particular case never made it to court. Fairey and the AP arrived at a settlement in private, allowing the famous poster to become a cornerstone of the Obama campaign. Still, the case raises some interesting questions about fair use and its applications.

Can something be considered fair use if the derivative work becomes more popular than the original?

It’s an interesting question that raises plenty of legal ramifications. As a business owner, you can avoid issues related to fair use by always seeking the copyright holder’s permission to use an original work in your work. By ensuring the original copyright holder gets credit from the beginning, you avoid legal wranglings if your derivative work becomes part of the public zeitgeist.

Even when you believe fair use laws cover you, it’s still a good idea to seek permission from the copyright owner (even if the work is posted on social media). Doing so allows you to form an agreement that clarifies where each party stands from the beginning. That agreement also means you have legal recourse if the other party launches an infringement case.

Many copyright holders are happy for your business to use their work as long as they receive appropriate credit or attribution. Still, it depends on the copyright holder, so be prepared to offer monetary compensation.

Many business owners mistakenly assume that if somebody else’s original work does not carry a copyright notice, then it belongs to the public domain and is fair game to use. That isn’t the case. All original works are covered by copyright law, even if the work isn’t registered with the US Copyright Office. As such, never assume you can use somebody else’s work. Again, seek permission, or do not use the work unless you’re confident fair use laws protect you.

The cases shared in this article demonstrate how costly claims of copyright infringement can become.  Even if you’re able to win an infringement case, the cost of going to court may be so high that using the intellectual property damages your business.

Diligence is vital when it comes to copyright.

That goes for your own copyrighted material as well as other people’s. Every original work you create is protected by copyright law. However, registering your copyright ensures that nobody can claim they weren’t aware of it. Plus, it provides you with a legal document you can use for copyright protection and to prove your ownership of original work in infringement cases.

The issue is that registering a copyright is a complicated process.

Trademark Engine is not a law firm and none of the information on this website constitutes or is intended to convey legal advice. General information about the law is not the same as advice about the application of the law in a particular factual or legal situation. Individual facts and circumstances as well as legal principles including but not limited to the ones referenced on this website can affect the outcome of any given situation.

If you want or have an interest in obtaining legal advice with respect to a specific situation or set of circumstances, you should consult with the lawyer of your choice. 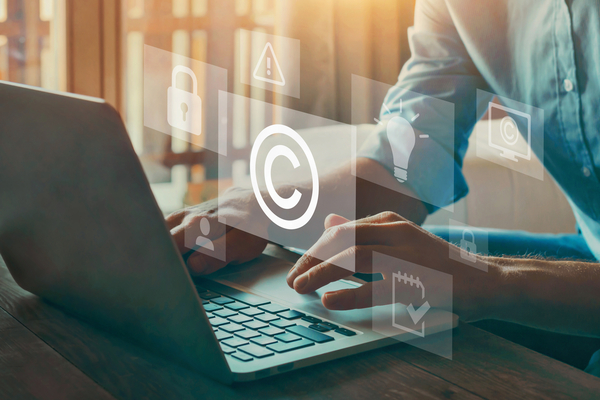 How To Protect Your Business From Copyright Infringement 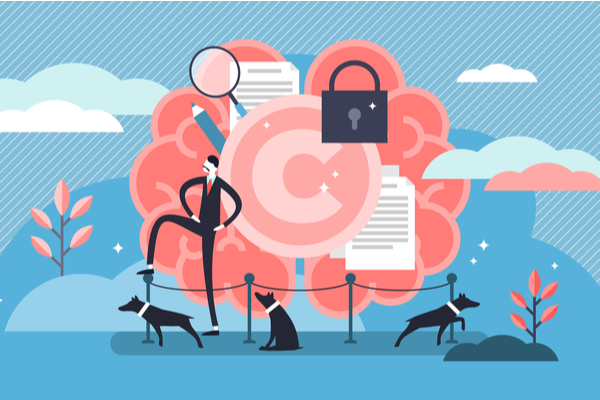 Copyright Law 101 for Your Small Business 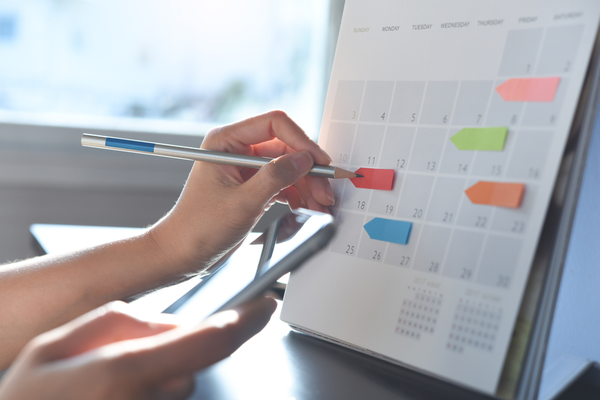 Copyright Completion – A Timeline From Application to Registration 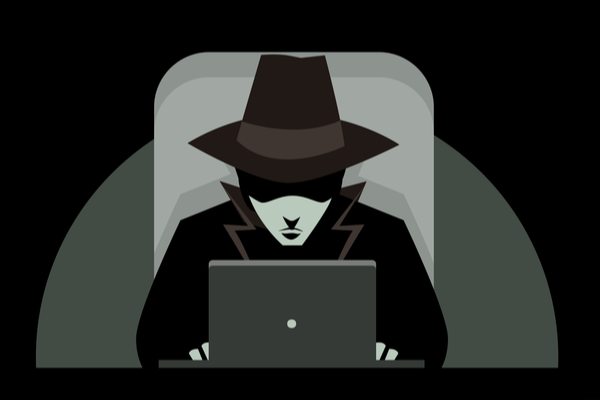 How to Avoid Copyright Trolls 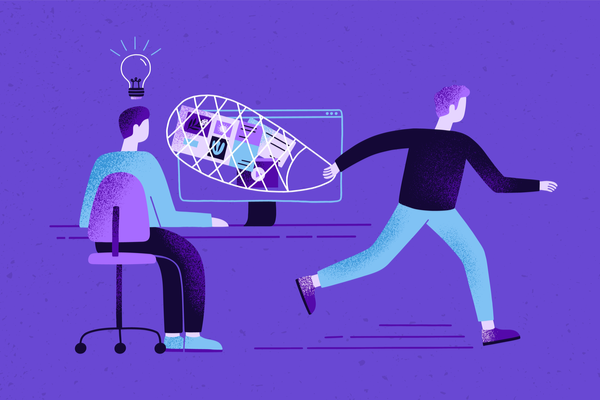 The Top Nine Copyright Mistakes and How to Avoid Them